Overall subscribers fell by 99,000 for the quarter as new and renewing customers could not make up the difference.

Earlier this year AT&T announced it was purchasing T-Mobile for $39 billion. That deal requires at least 10 more months before it can be approved by anti-trust regulators, however. 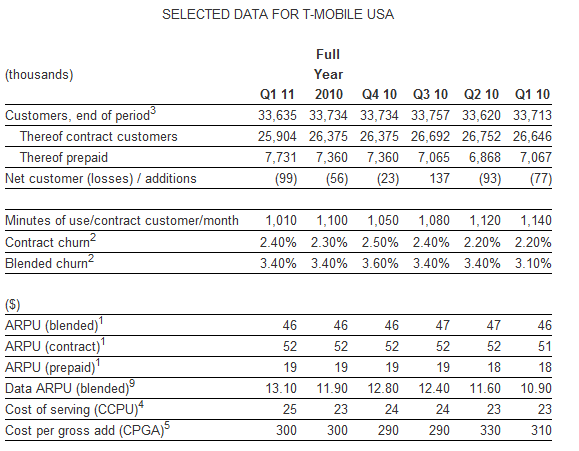