A collaborative effort of Fujitsu and RIKEN, the K Computer is part of the High-Performance Computing Infrastructure (HPCI) initiative led by Japan's Ministry of Education, Culture, Sports, Science and Technology (MEXT). The system is currently in its configuration stage, featuring 672 computer racks equipped with a total of 68,554 quad-core central processing units.

It is a wholly-made in Japan supercomputer, from the R&D steps to the development of the processors and ongoing assembly. The system took first position on the 37th TOP500 list announced today, marking the first time since 2004 that a Japanese supercomputer has made it to the top of the list.

The TOP500 ranking list is updated twice per year since 1993. The K Computer's processing speed was measured by the LINPACK benchmark program, clocking up to 8.162 petaflops (petaflop == 1 quadrillion floating-point operations per second). Fujitsu and RIKEN aim to begin shared use of the supercomputer by November 2012. When it is completed in 2012, it is designed to achieve LINPACK performance of 10 petaflops.

Completed, it will feature more than 800 computer racks (like the rack seen to the right of this text.) In addition to its phenomenal computation performance, the system also recorded high standards with a computing efficiency ratio of 93.0%.

It is intended to be used in a wide variety of computational science fields, impacting research in fields ranging from meteorology, disaster prevention, medical science and global climate change models.

"I am delighted that we were able to achieve this result, made possible through the tremendous efforts of all involved, despite the impact of the Great East Japan Earthquake. In particular, I am sincerely grateful to our partners in the Tohoku region for their commitment to delivering a steady supply of components, even though they themselves were affected by the disaster. Bringing together hundreds of thousands of components to quickly launch such a massive-scale computing system—which would have been nearly impossible using conventional technologies—requires an incredible level of reliability. I believe that this reliability is truly the pinnacle of Japanese manufacturing."

"I would like to express my deep gratitude to everyone, beginning with our colleagues at our development partner Fujitsu Limited, who worked so valiantly on the construction of the K computer even under the severe conditions following the Great East Japan Earthquake. It is wonderful to be able to share the joy of this moment with them. I very much believe that the strength and perseverance that was demonstrated during this project will also make possible the recovery of the devastated Tohoku region. As we move forward to complete this project by next June, we will maintain our firm commitment to the maintenance and operation of the system, and I hope to see wonderful results when we begin to make the world's top performing supercomputer available to users around the world." 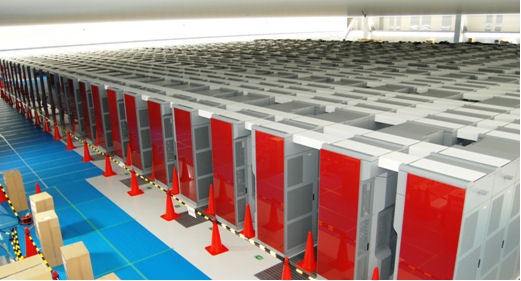 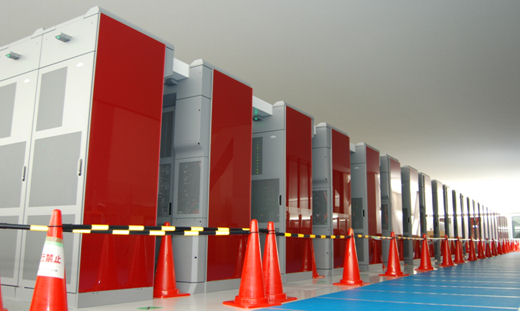