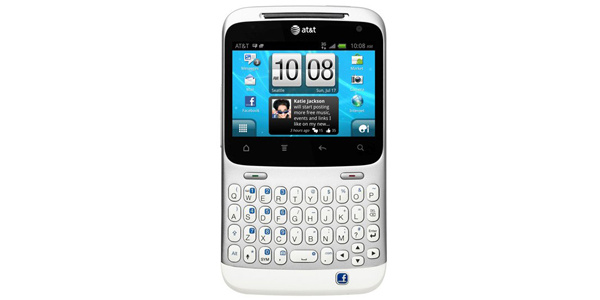 AT&T has revealed the first ever "Facebook phone" this week, the HTC Status.

The device is dubbed so because it has its own Facebook button underneath the keypad which will give users a chance to use a deeply integrated Facebook app.

For example, if you are listening to music, by hitting the Facebook button you can instantly share what song you are playing, and same goes for Web browsing and pictures. Simply hit the button to share the site you are on or upload the picture you just took.

When a friend calls, you will see their Facebook picture and current status on the home screen.

HTC Status brings a Facebook experience to people who want to share their experiences with their friends faster and easier than ever before. With a dedicated Facebook share button combined with the hallmark HTC Sense experience, HTC Status makes it easy for people to stay connected to the things that are important to them.