Confirmed: Next flagship Android phone to be called Nexus Prime

Samsung has confirmed the existence of the Nexus Prime smartphone.

The company has uploaded the User Agent Profile file for a device dubbed "Nexus Prime," long rumored to be the first Android phone with Ice Cream Sandwich 4.0.

For those keeping count, the device now officially known as Nexus Prime is the "GT-I9250."

The GT-I9250 is currently in the process of getting both Wi-Fi and Bluetooth certifications, and launch date is expected in late November.

Samsung's UAP shows a 480 x 800 WVGA resolution screen and an ARM11 processor but those are likely not accurate. 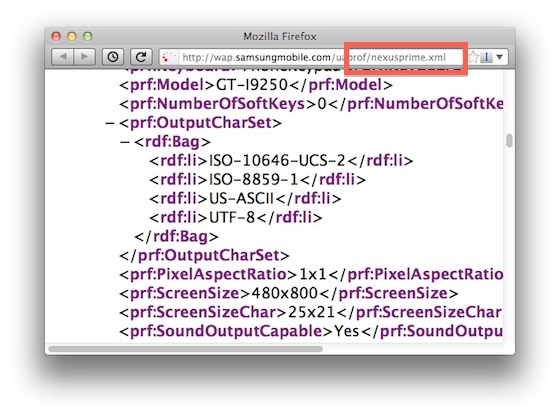