According to new StatCouter figures, it took two years but Windows 7 has surpassed its older brother XP in market share.

That number has now quickly reversed, with Windows 7 gaining to 40.15 percent and XP falling to 38.78 percent. 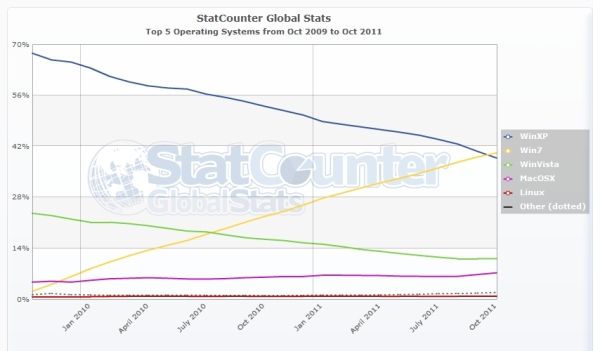