Samsung came in second at 88 million, thanks to strong smartphone growth.

LG managed to hold to third despite a huge decline to 21.1 million handsets shipped. 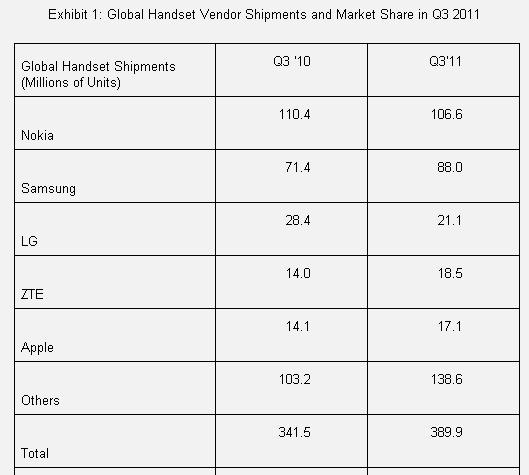