As a final reminder, we are in the home stretch of Google's great 10 cent Android Market promotion.

There are 12 apps today, as a special "blowout" for the last day. Each other day had 10 apps. It is unclear at what time tomorrow the promotion will end.

Android's promotion is in celebration of 10 billion apps being downloaded from the market. The promotion began last Tuesday and has seen very strong downloads for the apps. 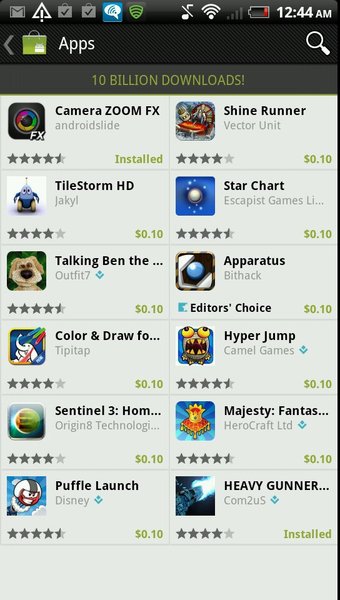