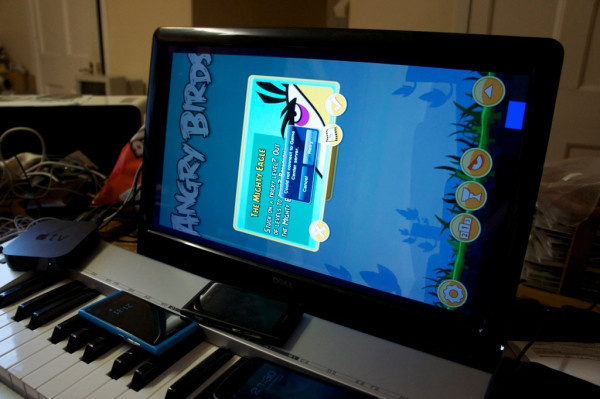 Hackers appear to have figured out a way to run full-screen iOS apps on a jailbroken Apple TV set-top.

The Irish dev Steven Troughton-Smith, known mainly for his work on getting Siri to work on older iOS devices, notes he has jailbroken the 2nd gen Apple TV to run iOS applications at 720p, and in full screen. The hack is not yet available to the public, but Smith did post a video on YouTube.

Smith also says the hack in current form was done with a custom springboard.

The dev added (via Cnet)

Nick had written this amazing window manager for the iPad that replaced the entire homescreen, allowing you to run multiple apps side by side, and I realized this could enable iOS apps on the AppleTV for the first time. We've spent the past 2 days modifying everything to work really well on the AppleTV screen size, etc, and getting apps to run.

In his video, a full-screen Angry Birds is "kind of" running, sideways. Check it here: