Microsoft has proudly announced that their Internet Explorer browser gained market share in March, one of only a few times in the last five years they have showed a gain in that area.

On a smaller scale, Internet Explorer 9 on Windows 7, which the company calls a "core metric," increased significantly, with over 50 percent of all Windows 7 users now running that specific version of the browser. 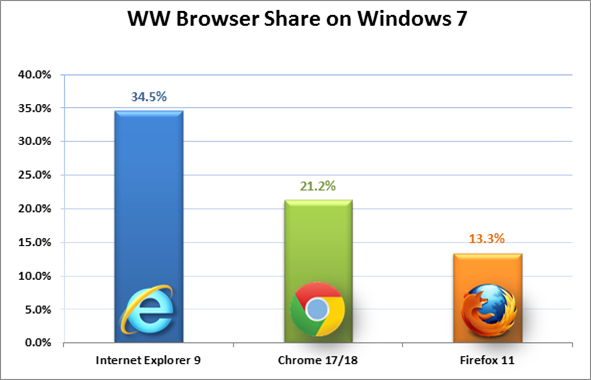