According to an internal Apple document uncovered by 9to5mac, the new iPad is having some Wi-Fi issues.

Users have complained about slow download and upload speeds, dropped connections and a complete inability to find Wi-Fi networks to start.

There is also a thread in the official Apple support forums that has 715 responses about the Wi-Fi issues with the new flagship tablet.

The site does note that the 4G LTE models are likely without issue 'due to the extra network power allowed by the black rubber cut on the top of the unit."

Picture of the document: 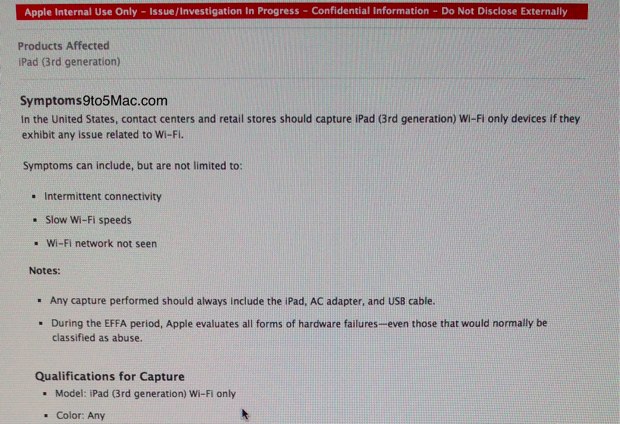