Chrome now the most popular browser on Earth

According to the latest figures by StatCounter, Google's Chrome browser is now the most popular in the world, knocking Internet Explorer from the throne after more than a decade.

For the week ended May 20th, Chrome took first, just edging out IE and gaining more share on rival Firefox.

In the U.S., IE is still the big dog, and in Europe, Firefox is king. However, in Asia and South America, Chrome
is the clear leader with the browser taking 50 percent share of the entire South American continent.

Globally, for the week, Chrome is on top at 31.88 percent share, followed by IE at 31.47 percent. Firefox remains in third at a respectable 26.42 percent, gaining for the month, as well. 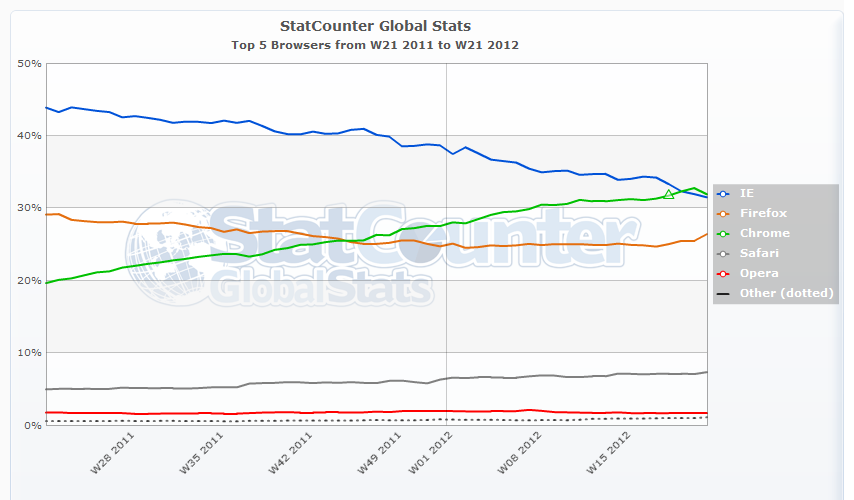