Review: Is Samsung's Galaxy S III worth all the hype? 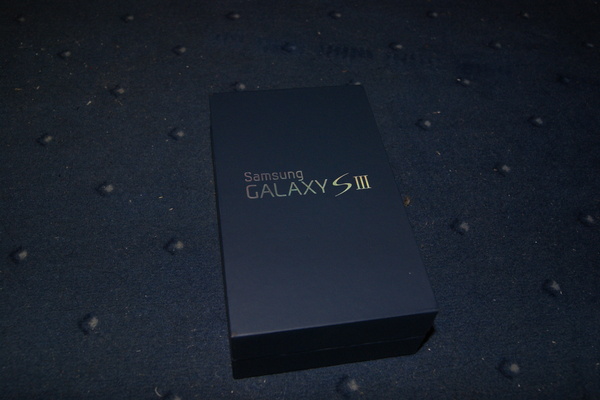 Samsung's latest flagship device, the Galaxy S III, is easily the most hyped Android device of the year, and possibly of all-time. The question is whether the phone is worth the hype, and whether it appeals to the broad spectrum of Android fans out there.

While the specs aren't too different from competitors like the HTC One X, what really differentiates the device is its software, which is quite frankly Samsung's own evolution of Android, itself. Built on Android 4.0, the S III adds new features on top of its standard TouchWiz UI (now Nature UX), including S Beam, S Memo, S Planner, S Voice, Smart Stay, Direct Call, and early access to the new Flipboard Android app. 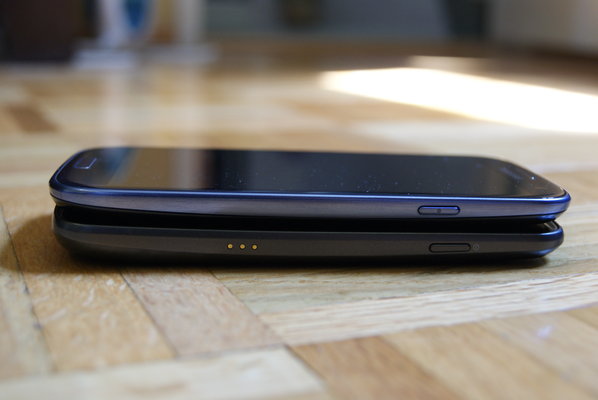 For the AT&T model being reviewed, the device runs on a lightning-fast Qualcomm Snapdragon S4 processor at 1.5 GHz. The phone has 2GB RAM, an 8MP camera, a front-side camera, AT&T's LTE access, a 2100mAh battery and a microSD slot.

Overall, the specs are high-end for the current generation, but nothing out of the ordinary.

Moving to design, there has been considerable complaints about the looks of the device, but I don't see why. The phone is sleek, especially in blue, and has a minimalist feel to it. There is little room on the bezel around the large 4.8-inch screen, and there is a single button in the bottom center, replicating Apple's Home key and past Galaxy S devices. The "back" and "menu" buttons are hidden while the screen is off but visible when lit. The design is curved and has a faux-brushed aluminum blue.

It does somewhat cheapen the look and feel of the device, but it in no way makes the device look "ugly." The glossy plastic back cover is a magnet for fingerprints and is also one of the first devices I've seen that is completely flat. I prefer the look and feel of the Galaxy Nexus and the HTC One X, but that is also subject to personal preference. Ergonomically, even at its size, the phone fits well in your hand and is balanced. No issues there. 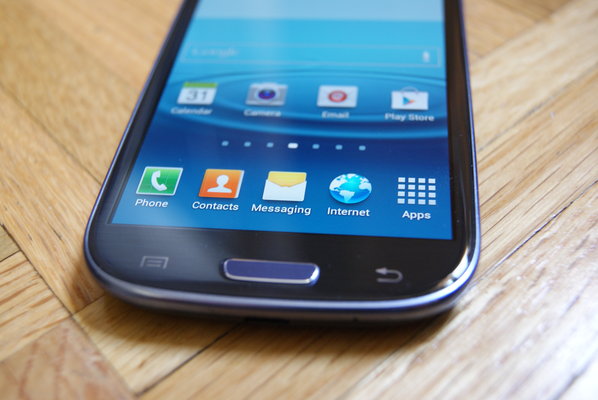 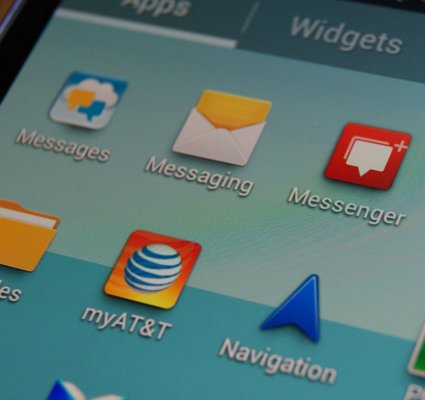 The screen is the biggest deal when even speaking about the Galaxy S III. The device is using a massive 4.8-inch AMOLED display with a 1280 x 720 resolution. The screen uses Pentile tech, which has been a severe problem in past devices but is not a problem at all in the GS III. For lack of more eloquent terms, the display is fantastic. Bright, great contrast, great colors, sharp edges with the exception of the classic Samsung "blue tint" that becomes only slightly visible at certain angles. Any "Pentile blur" is not noticeable, even after extended use.

Response to touch and motion works without issue and without lag, as it should.

In terms of performance, the device knocks it out of the park.

The Quadrant score came in at 5080, the same as the HTC One X with the same Snapdragon S4. The performance is double that of the Galaxy Nexus and most other phones. However, this device cannot even live up to itself, when using the Exynos 4 quad-core chip it was built for. Unfortunately, the Exynos cannot work with LTE radios, just yet.

Framerate is fast, gaming performance is fast and the chip is efficient, as well.

Battery life is solid for a device with such a large and bright screen, although it is nothing to truly write home about. The large 2100mAh battery, bigger than any battery with the exception of the Moto Razr Maxx and Galaxy Note, certainly helps. With little to moderate use, and LTE on/Wi-Fi off, the device lasted just over 3 days. Using the screen for extended periods, however, will dramatically cut that time down, as expected. Expect 18-24 hours with regular/heavy use.

AT&T's LTE was fast and stayed connected with little to no issues at all during testing. 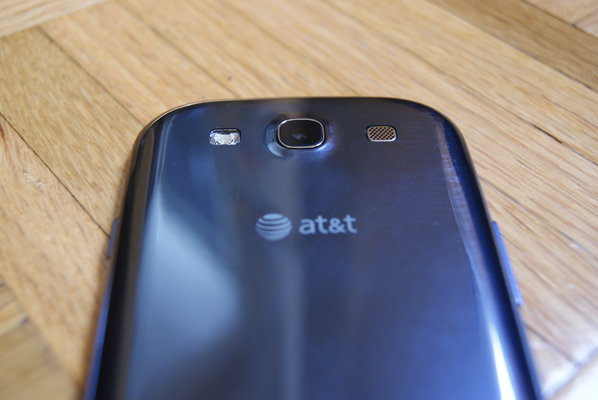 Without having used the Nokia Pureview, I can say the Galaxy S III has the best camera I have used on a smartphone that was not tweaked.

The overall photo quality is excellent and the pictures remain sharp and with colors even at full resolution.

Unlike the iPhone, the GS III does not allow for tap-to-focus, but luckily it chooses the correct target most of the time. There are multiple shooting modes, including Single, Burst, Best HDR, Panorama, Share Shot and Buddy share. Burst allows you to shoot up to 20 pictures in "a burst" at 2.8 photos per second. Best will take 8 shots in a burst and pick the best one depending on lighting conditions, red eye, blinking, etc. HDR is one of the "cooler" features, which takes three fast photos in succession, one in high-exposure, one in mid and one in low. The software then combines the photos keeping the best details from each.

As is now standard, you can take stills while filming video, in 16:9 resolution. 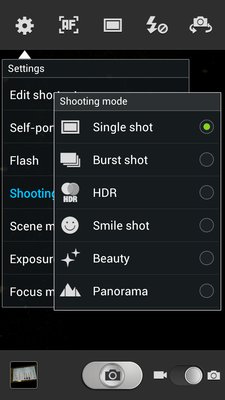 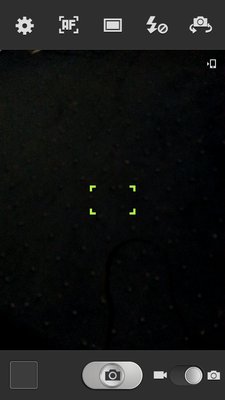 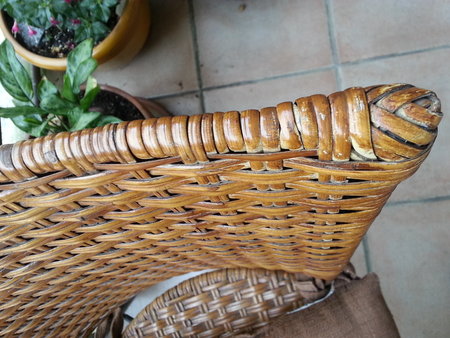 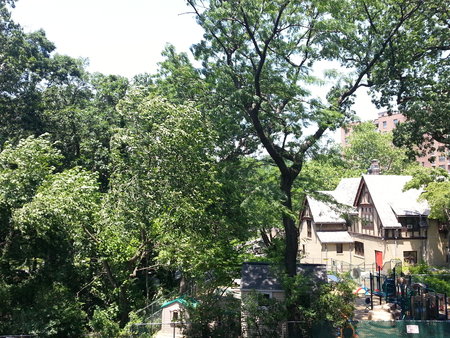 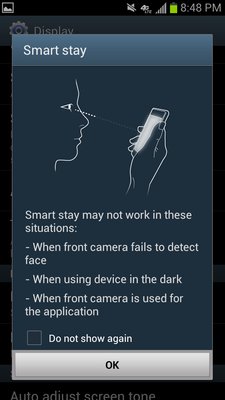 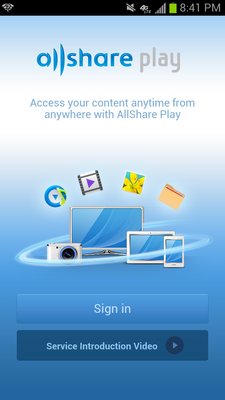 Here is the bread and butter of the new flagship. Samsung has added a host of new features on top of its standard TouchWiz UI/Nature UX, including S Beam, S Memo, S Planner, S Voice, Smart Stay, Direct Call, and early access to the new Flipboard Android app. I have never been too much of a fan of TouchWiz as I feel in terms of aesthetics it cannot compare to vanilla Android 4.0. However, it is hard to notice on the GS III, especially with a bevy of live wallpapers including deep sea jelly fish and luminous dots.

Smart Stay is one of the more useful of the new features, making sure the screen doesn't dim or lock when you are reading or otherwise using the device.

Pre-installed is the AllShare Play app, which lets you play any content on other AllShare connected devices within the same network. It works similar to DLNA and connects to all of Samsung's Wi-Fi-enabled devices. The app worked well with no hitches connecting to a Sony Wi-Fi Blu-ray player.

Another great new feature is Direct Call, which lets you instantly call whoever you are texting by just lifting the phone to your ear. The same goes if you are just searching through your contacts for a specific person. 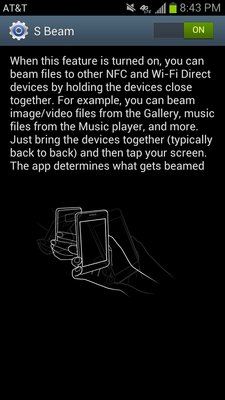 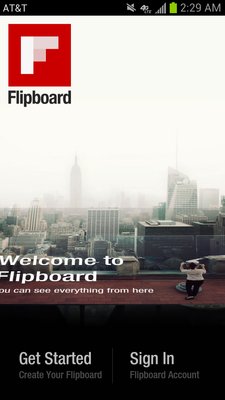 The last big addition is that of S Beam, which is similar to Android Beam, which vanilla ICS users should be familiar with. Android Beam is for Android-to-Android while S-Beam is for Galaxy S III-to-Galaxy S III, making it somewhat proprietary but the sharing ability is exactly the same. Touch two devices and you can share pictures, music and other content from device to device.

All Galaxy S III come with exclusive access to Flipboard, the personalized magazine app made popular to iOS users. 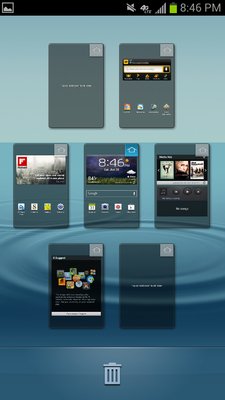 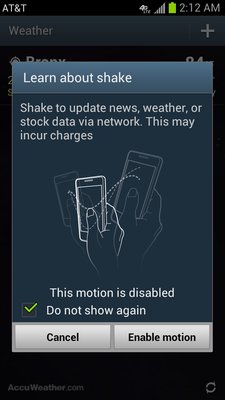 The rest of the features come via TouchWiz itself, including motion control and shake. The main purpose they serve is too differentiate the Galaxy from stock Android, and it works.

On the AT&T model, the bloatware was surprisingly kept to a minimum, which was a welcome relief. The only bloat was AT&T Navigator, Device Help, AT&T Messages, YP Mobile and myAT&T, and they were actually uninstallable, as well. Great. 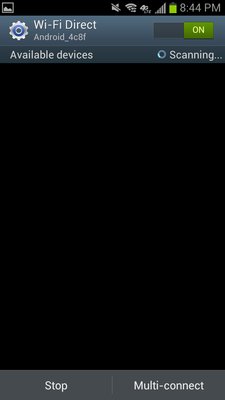 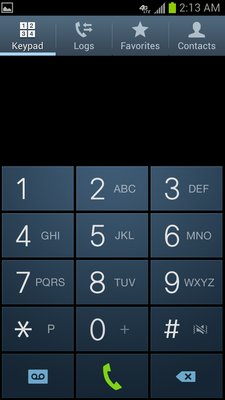 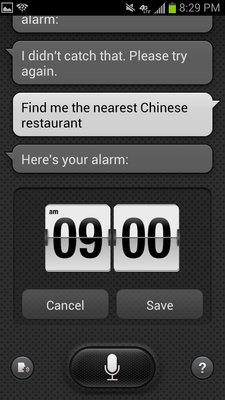 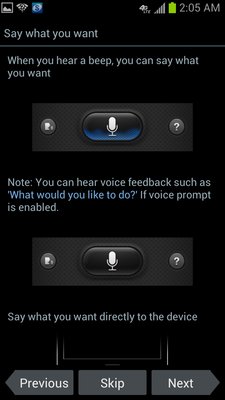 S-Voice, Samsung's answer to Apple's Siri virtual assistant, works almost exactly the same. The software uses voice controls to help you control the device as well as give you search and information results to questions.

Unfortunately, S-Voice works as poorly as Siri does, as well, for most things. Simple questions like "find me the nearest Chinese restaurant" were met with incorrect answers or simply "I didn't catch that. Please try again." Other simple voice commands worked flawlessly, like setting up alarms or getting the weather, but these were also done in a quiet, empty room.

S-Voice is nice, but just like Siri, it is a gimmick that needs work. Into the future, it is safe to say that both technologies will be much more accurate, much more useful and be at the fore-front of any new flagship device.

The Samsung Galaxy S III shows off why it is the latest and greatest flagship device for the company. Some of the new software is gimmicky, and I have never been a fan of Samsung's overlays, but there is more than enough here to love, especially the camera. One big issue, however, is whether the device, being how tweaked it is by Samsung, will receive timely updates such as Jelly Bean and beyond over the next two years. That remains to be seen.

Regardless, the screen is gorgeous, the phone is fast, and it provides the best of Android and the best of Samsung. The company has another hit on their hands. 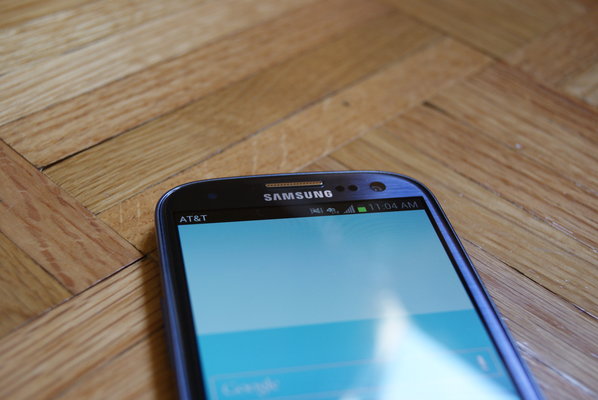 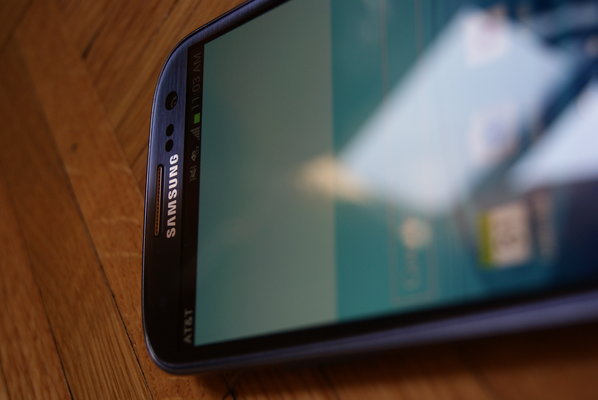 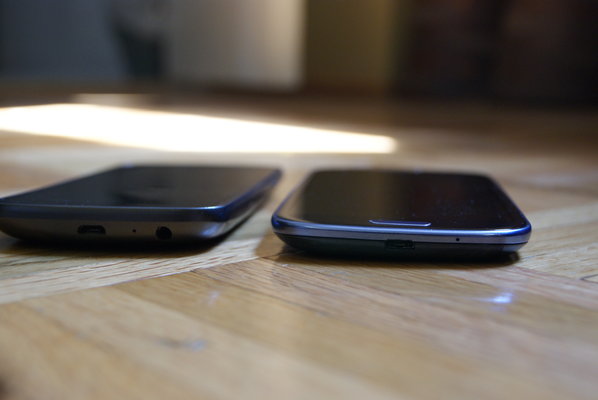