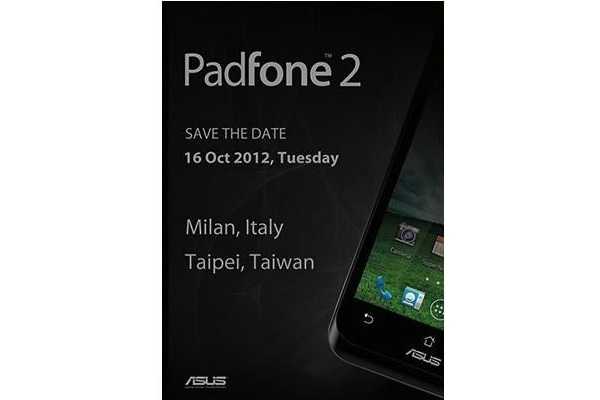 Asus has announced it will launch the Padfone 2, a sequel to its tablet/smartphone hybrid.

The event is set for October 16th, just months after the launch of the original.

As of today, the hybrid has not been successful, with Asus selling the tablet/phone along with keyboard dock for $1099.

The phone itself has a 4.3-inch Super AMOLED screen and a 1.5Ghz dual-core Snapdragon processor. The tablet has a 10.1-inch display and needs to have the phone docked before it can be used. The dock adds 7 extra hours of battery life and a full keyboard for those that need better productivity.

Rumored specs for the new device include a quad-core Snapdragon processor, 2GB RAM, and Android 4.0.

The hybrid is expected to launch in the Q1 2013, but we will know for sure on October 16th.