According to the latest numbers from research firm Net Applications, Windows 7 has surpassed Windows XP in global Web traffic among desktop OS.

As of the end of September, Windows 7 accounted for 44 percent traffic, beating out Windows XP which fell to 41.2 percent.

Windows 7 initially surpassed its older brother in August by a fraction, 42.76 percent to 42.5.

Microsoft's latest, Windows 8, moved to 0.3 percent ahead of its launch later this month. 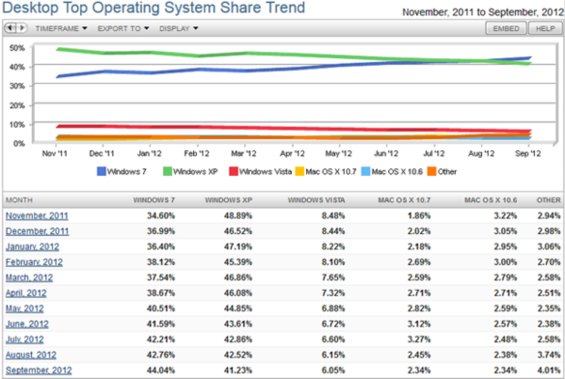