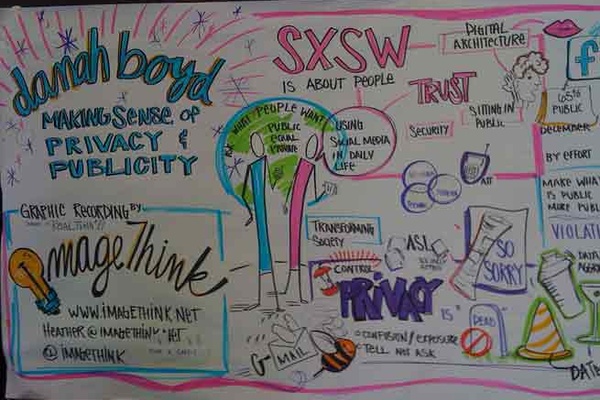 Microsoft is a company very much used to the market changing around them rather than the other way around. As happens so often for companies in that position, their executives didn't realize they were out of step with the market until they saw a major competitor (Apple in this case) leading the market in another direction entirely. Like most companies finding themselves in that position they immediately dedicated themselves to major changes in their product line.

But also typical for such companies is that their changes are mostly superficial when the real problem is the fundamental understanding of the market itself. For all the obvious changes in Windows 8, Microsoft still hasn't learned some of the most important lessons about why they were so wrong or how to correct their course in the long term.


1. Windows and Office are not an ecosystem


Steve Ballmer has made it clear that he believes in the "Windows experience" but it would be more accurate to say he's selling the Microsoft experience. It is Microsoft as the arbiter of app availability and provider of the foundation for all software development in the form of the Windows Store and Windows Runtime API (WinRT) respectively. While Windows itself is certainly a foundation for modern Windows programs, it is far from the foundation.

If anything Windows' dominance in the home computer market over the last decade and a half was based, more than anything else, on the freedom third party developers had to expand on Microsoft's vision of computing. Much like the Surface RT

tablet which was just announced is essentially Microsoft playing catch up with Apple (as Apple switches gears to jump into the mini tablet market), Microsoft typically) lags behind third party developers in recognizing the appeal and importance of developing technologies.

On one hand Microsoft embraces the effort (and by extension money) this saves them. For example they don't include an ereader with Windows 8. They do offer their own Reader app in the Windows Store (as of the Release Preview) but it only supports PDF and Microsoft's own XPS format. Notably missing is ePub, the only widely used ebook standard. That will obviously be changing with Microsoft now owning nearly 20% of Barnes & Noble's Nook eReader business but you can bet it will be B&N providing the app.

The larger point is that Microsoft's own support is still limited to an outdated standard generally considered inadequate for ebooks and their own proprietary equivalent to that standard. And of course standard, but not industry-driven, standards for music and video like FLAC or Matroska aren't supported by Microsoft apps either. In regular Windows 8 you can still install third party software like the Media Foundation FLAC Codec for Windows Media Player but don't expect it to help out in the Music app.


The price of Microsoft software has steadily risen during their tenure as the dominant and personal computer OS vendor but the market as a whole has gone the opposite direction. With the capabilities of different operating systems continue heading toward an equilibrium that trend has become irreversable.

Likewise Microsoft Office still commands a premium price despite being no more useful to the average consumer than free alternatives like OpenOffice / LibreOffice. The value remains much higher, at least for the moment, at the enterprise level thanks to the significant synergy between Office (especially Outlook) and Microsoft's various server products, but with the steady march toward cloud services it's only a matter of time before that too loses most of its value.

Microsoft's solution to this seems to be to focus on revenue generating apps. The Music and Video apps aren't aimed so much at playing media as selling it. And why do you suppose it is that Windows RT, like Windows Phone 7 before it, restricts app distribution to a Microsoft app store? 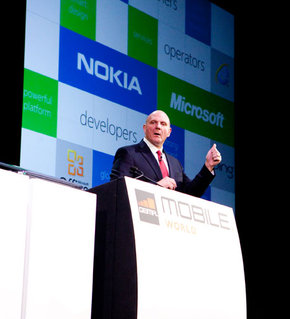 Shouldn't the customer be in the middle of this diagram?
Steve Ballmer made it extremely clear when he suddenly reversed course on his opinion of the iPhone and gushed over how much money was being generated by the iTunes store.

But the iPhone App Store isn't responsible for the iPhone's success. In fact Steve Jobs' vision was of a world where pure cloud services and webpages provided all the app functionality. The app store was simply a response to the app environment created by early jailbreakers and an acknowledgement that Apple had to compete with them. Where it added functionality to iOS, the Windows Store (at least on Windows RT) effectively removes features from Windows.

There's nothing wrong with revenue generating services. In fact it's fair to say Ballmer is right that they're absolutely necessary for Microsoft's future. The problem is that Microsoft's plan seems to be to give users no choice but to spend money in order to make Windows RT a full featured product as if they have no choice. They clearly do have a choice which is why Microsoft is scrambling to get into the tablet market in the first place.

3. Simplifying is more than a UI issue


With Windows 8 Microsoft set out to create an OS which can be all things to all people. It's a desktop OS, a tablet OS, a hybrid tablet/desktop OS, and even a phone OS. What seems at first like a much simpler UI than previous versions of Windows is actually significantly more complex as a result of having to meet so many competing, and often contradictory requirements.

To paraphrase Albert Einstein, an operating system's user interface should be as simple as possible but no simpler. Windows 8's dual UI fails the second part of this test. Many people have complained about the loss of the Start menu. While generally a good thing for tablets, it makes finding many familiar elements of Windows supremely difficult for most people. What's worse, though, is that the Start menu isn't really gone. It has simply had most of its contents removed and the rest simply dumped onto the Start screen. 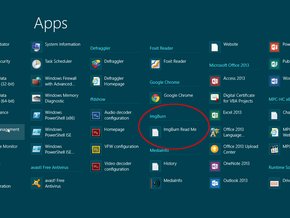 And shortcuts may be missing entirely in the detailed view
installs with the option selected to create a Start menu shortcut (which most installers do by default) you end up with more and more shortcuts making cluttering up your Start screen. Or you can choose the view where all those shortcuts are available and the clutter gets exponentially worse.

And yet some standard programs which a lot of people consider core features of Windows are nowhere to be seen. Not that they aren't included in Windows - at least most of them. They are simply buried in other parts of the UI or their shortcuts have been removed entirely. If you know what you're looking for you can find it manually using the Search box and pin it to the taskbar after it opens. Or maybe you know the location and name of the executable file so you can manually create a desktop shortcut.

In fact it's fair to say that Windows 8 actually breaks compatibility with many programs simply because their installers were designed with the assumption that you could present users with shortcuts to things like user manuals and both online and offline help. Not only do these extra shortcuts get automatically excluded from being added to the Start screen (a good thing on balance), but there isn't a reasonable replacement for them anywhere in the desktop UI.

The good news for Microsoft is that the mobile market is still extremely immature. It will be in a state of flux for at least the next few years. While the changes to Windows 8 may be hit or miss, some of the hits are extremely significant and impressive. But to once again mutilate something Einstein may (or may not) have said, Microsoft's problems cannot be solved with the same thinking that created them.