Earlier this week, Netflix expanded to Nordic nations including Finland, Denmark and Sweden.

To be able to properly expand, the company added native language subtitles to some of the videos.

However, it appears that a few of those streams were "unauthorized" fansubs, created by the popular fansub community "DivX Finland." DXF has been translating subs for TV eps and movies since 2003 and has seen their subtitles downloaded 26 million times, says Freak.

Making a joke, DXF wrote on Twitter: "It's nice to see that the texts are used, but they did not ask permission."

Netflix apologized and pulled the subs immediately: "We buy movies and TV shows from many different distributors. Generally they provide the subtitles. We're investigating how these subtitles were added to Andromeda. We have removed the series from Netflix pending the investigation. We are a legitimate service and pay a lot of money for the TV programs and movies on Netflix, including subtitles." 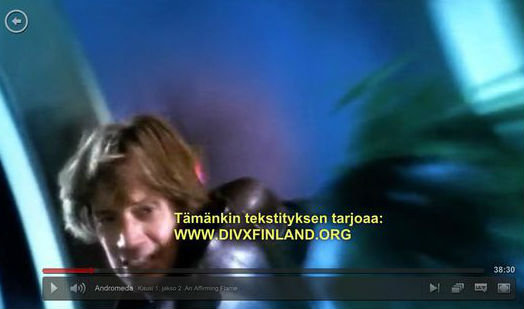