Last week, we reported about an unfortunate bug with the new Android 4.2 operating system found on the Galaxy Nexus, Nexus 4, and new Nexus tablets.

In the stock People/Contacts app, the month of December is completely missing, making it impossible to add events or birthdays for any contacts if that occasion is in December.

The bug was added to the bug tracker but Google has finally widely acknowledged the issue:

"We discovered a bug in the Android 4.2 update, which makes it impossible to enter December events in optional fields of the People app (this bug did not affect Calendar). Rest assured, this will be fixed soon so that those of you with December birthdays and anniversaries won't be forgotten by your friends and family."

Luckily for Google, Android 4.2 is only used by 1 percent of all Android users, as of today. 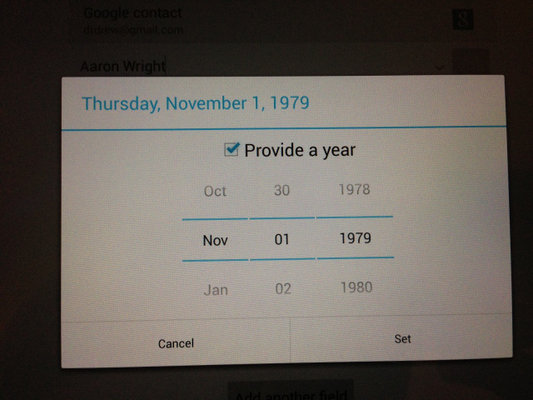