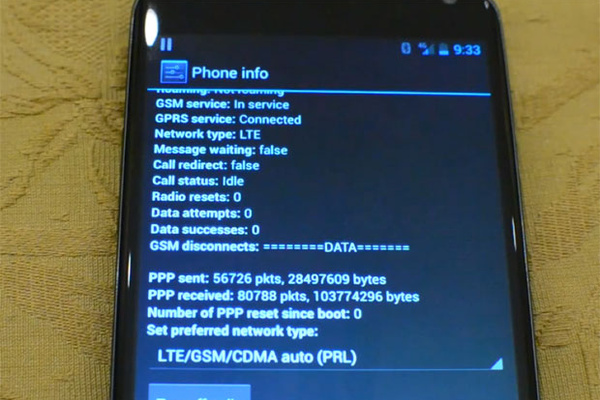 Last week, we reported that the Nexus 4 had a dormant LTE chip built-in alongside its HSPA+ radio.

Last night, videos began showing up on YouTube of Nexus 4 owners in Canada running the phone with LTE enabled. It turns out it was a very simple "hack" to enable it, as well.

By dialing *#*4636#*#*, users are able to select their preferred network type option, whether it be LTE, LTE and GSM or LTE and CDMA.

The videos show that LTE will then work if "Band 4 is available." Telus, Rogers and Bell in Canada use AWS 2100 / 1700MHz LTE bands. AT&T in the U.S. does not use the band, but T-Mobile USA is building their LTE network with Band 4 for next year.