While the world has generally moved towards full-touch devices, it appears the RIM will make some full-QWERTY keypad models available into the future.

On January 30th, RIM will unveil the first BlackBerry 10 handsets, with the Z10 widely expected to be the first.

This week, thanks to CNB, we have seen a picture of the upcoming BlackBerry 10 N-Series, which includes the QWERTY seen in previous models.

The device looks like the Bold 9900 but with a larger touch screen. 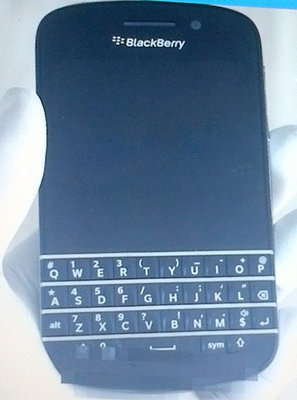