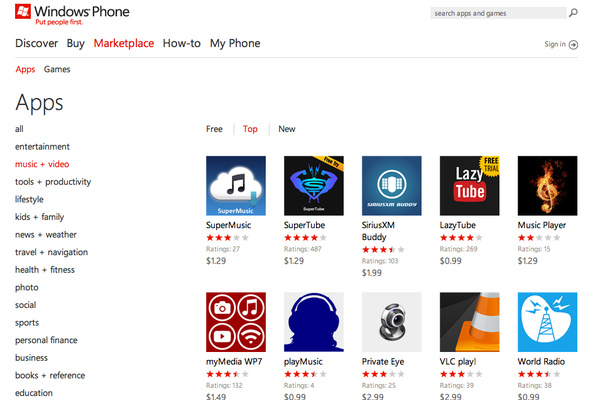 According to Senior Director of Windows Phone Apps Team Todd Brix, developer popularity for the company's mobile operating system does not seem to be an issue.

Microsoft certified and subsequently published 75,000 apps and games this year for Windows Phone, while approving over 300,000 app updates.

Additionally, Microsoft added Paypal and Ailipay as payment options, and doubled the number of carriers that accept carrier billing for their store. The last note is very important for the company as studies have shown that Windows Phone users are more likely to purchase paid apps when using carrier billing over traditional credit card payments.

Overall, 54 apps were downloaded per phone.

Concludes Brix: "We exit 2012 with a new foundation firmly in place, a huge expansion in developer opportunity, and a great new product in Windows Phone 8, which is receiving acclaim by both industry and consumers. There has never been a better time to develop for Windows Phone. If you haven't already, we'd like to invite you to visit the Dev Center to download the new SDK and for those of you who have made the journey with us, I want to say thank you on behalf of the entire Windows Phone team. Your feedback drives us and your apps inspire us."