Report: 'Project X' was most pirated movie in 2012 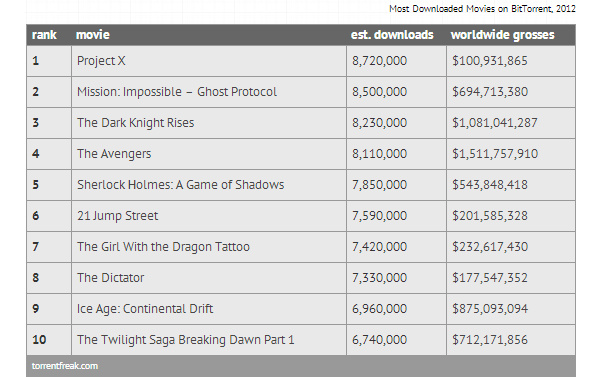 As is their annual tradition, TorrentFreak has posted a list of the most pirated movies in the year 2012.

Somewhat surprisingly, the most pirated film was 'Project X,' followed closely by the latest 'Mission Impossible.'

TF collects data for the list via several sources, most notably public and some private torrent trackers and includes all versions of the films, including cams all the way to Blu-rays. Obviously, the site cannot include figures from every possible source, so the list includes estimates.

Outside of the top spot, there were little other surprises on the list.