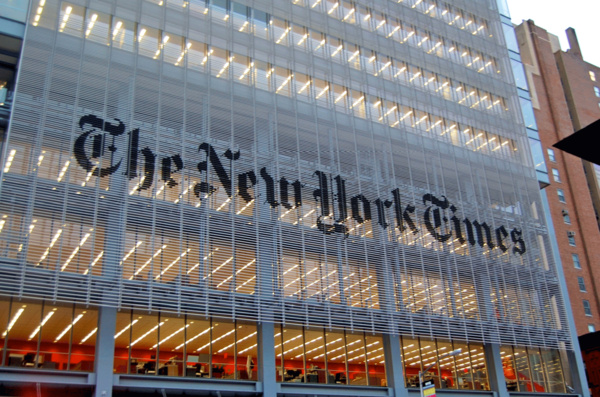 Over the past four months, Chinese hackers have brutalized the New York Times' computer systems, following the company's investigation into the family of a top Chinese leader.

The attackers stole reporters' passwords and hunted down any file related to the investigation.

Chinese hackers routed their attacks through student computers on U.S. campuses that had been hit with malware.

The Times was looking into how "the relatives and family of Premier Wen Jiabao built a fortune worth over $2 billion," says the paper.

On October 25th, the report was posted online, but hackers had already been at work for weeks. Over the course of four months, the hackers stole the passwords of all Times employees and had access to home PCs of 53 employees. Despite this, "computer security experts found no evidence that sensitive emails or files from the reporting of our articles about the Wen family were accessed, downloaded or copied," said NYT executive editor Jill Abramson.

China, of course, has denied the attacks.