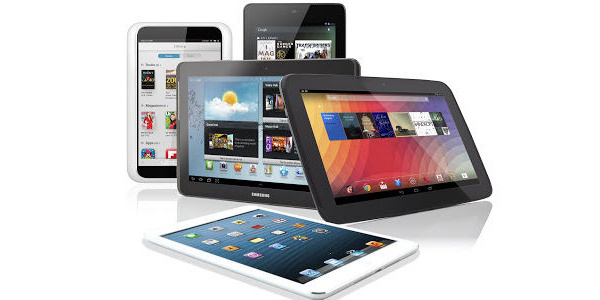 According to the latest Canalys figures, tablets accounted for 46 percent of all PC shipments in the Q4 2012, huge news for the devices that really did not exist before the 2010 launch of the iPad.

Apple controlled the lion's share, shipping 27 million iPads. The new iPad Mini accounted for just over half of all iPad shipments. However, Apple fell below 50 percent tablet share for the year for the first time ever, says the report.

"Apple timed the launch of the iPad Mini well," added Canalys research analyst, Pin-Chen Tang. "Its success proves there is a clear demand for pads with smaller screens at a more affordable price. Without the launch, Apple would surely have lost more ground to its competitors."

Samsung moved 7.6 million tablets, and Amazon shipped 4.6 million units. Google's Nexus 7 and Nexus 10 tablets (built by Asus and Samsung), shipped 2.6 million units during the quarter. Microsoft's Windows RT-based Surface shipped just 720,000 units. Canalys says Microsoft has failed with the tablet, "The outlook for Windows RT appears bleak. Hardware OEMs are ignoring it due, in part, to a pricing strategy that does not align with the economics of the pad market."

The firm says Microsoft will need to re-examine its pricing for the Surface RT.