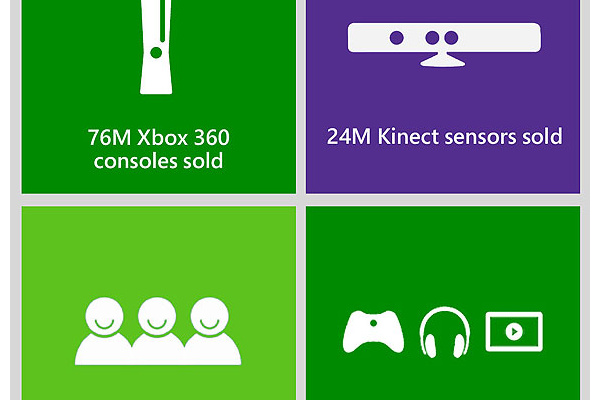 Microsoft has released some new data figures related to their Xbox 360 console.

As of this week, Xbox 360 sales have surpassed 76 million units. Kinect sales have now reached 24 million, as the motion controller remains popular.

The Xbox remains the most popular console in the U.S., outselling the PS3 and even the newer Wii U.