Windows Messenger users' migration to Skype to start in April 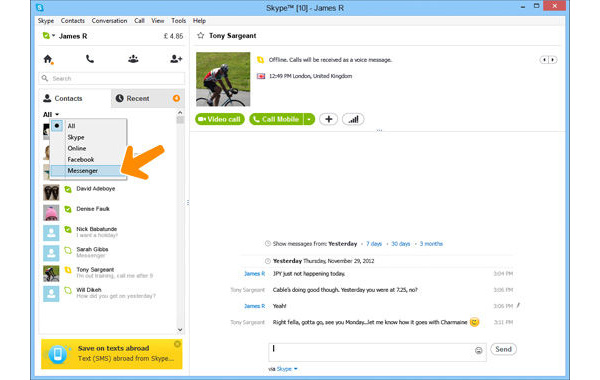 Microsoft is to start pushing its Windows Live Messenger users to its Skype service starting on April 8, 2013.

It had already announced plans to bring Windows Live Messenger and Skype together in November last year, and Microsoft accounts can already be used to login to Skype and have contacts transferred Messenger, Hotmail and Outlook.

Starting in April, users of the Windows Live software on Desktops will get notifications to upgrade from Live Messenger to Skype. The service will start the upgrades with its English language clients, and finish up with Brazilian Portuguese on April 30 or later.

Switching from Messenger to Skype adds some advantages for users:For more information on moving to Skype, check Skype.com.