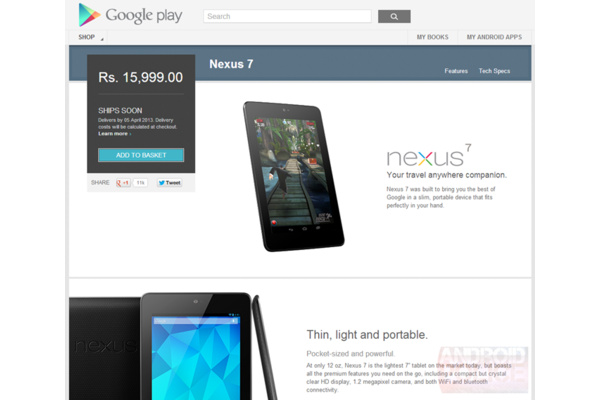 Google has opened up its Play hardware store to Indian buyers.

Just days after opening up the Google Play Books store, buyers in India can now purchase some Google hardware to read it with.

The first device available is the popular Nexus 7 tablet, but only the 16GB Wi-Fi model.