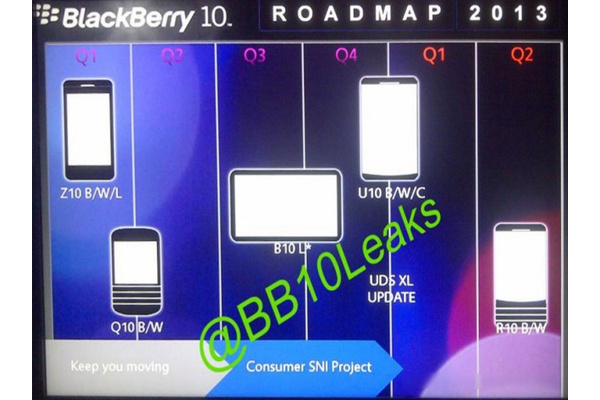 Thanks to a leaked roadmap, it appears that BlackBerry is working on a new tablet and a phablet, as well.

Additionally, there appears to be a large smartphone device that has a full QWERTY keypad, as well, but that is way off in the Q2 2014.

BlackBerry's last attempt at a tablet was a complete failure, and the company eventually had to take a $500 million write-down on excess inventory that had to be liquidated at prices $300-$400 lower than the MSRP.