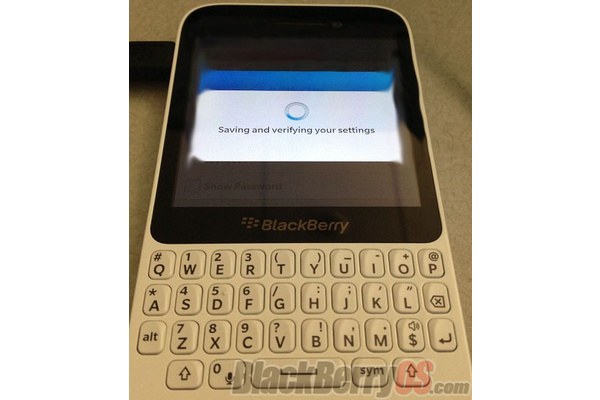 While BlackBerry has officially launched the Q10 (part of the N-Series) and the Z10 flagship (part of L-Series), there has been little stated about their R-Series.

Today we have the first picture of the BlackBerry 10 Curve, part of the R-Series.

The phone is rumored to have worse specs than the Z10 and Q10 (including less RAM) but will include the full keyboard familiar to BlackBerry Curve owners.

Perhaps most notably, the phones will be part of BlackBerry's affordable line.