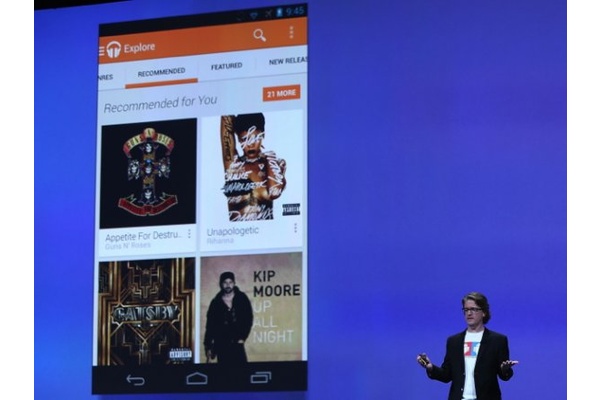 The service will rival Spotify, Rdio and others, and should prove to be major competition given Google's deep integration in Android and its hundreds of millions of users.

At $9.99 per month, the service will offer unlimited streaming music from the major record labels (UMG, Warner and Sony) and indie labels and be available on mobile devices as well as the standard desktop option. Clear market leader Spotify costs the same amount but there is a free option that is not unlimited and does not include mobile access.

One great deal from Google, is if you sign up before June 30th, the premium service is just $7.99 per month.

Similar to Spotify, All Access will let users create radio-esque stations from their favorite songs or genres as well as create playlists.

The service, while not any different than Spotify or Rdio, does have the full backing of Google, a $300 billion behemoth that is looking to round out its ecosystem one piece at a time. The company announced earlier today that 900 million Android devices have been activated since launch.