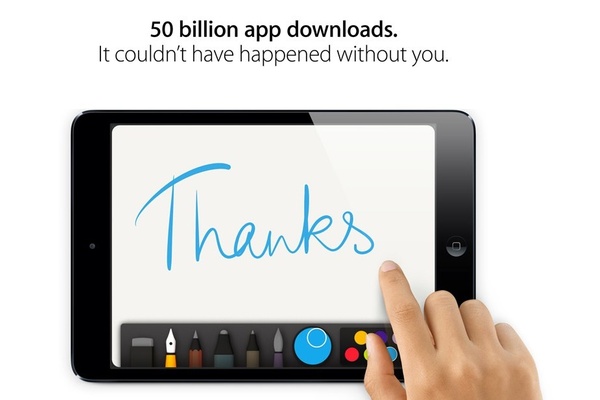 Apple has announced that their popular App Store has reached 50 billion downloads since launch in 2008.

The company had started a "50 Billion App Countdown" promotion two weeks ago, and the winner of the promotion (the 50 billionth download) will get a $10,000 gift card valid at the App Store, Mac App Store, or towards any iTunes Store content.

The fifty downloaders after the 50th billionth will each receive $500 gift cards, as well.

Apple is now seeing 50 million downloads per day, and the number continues to grow. There are just over 850,000 apps in the store.