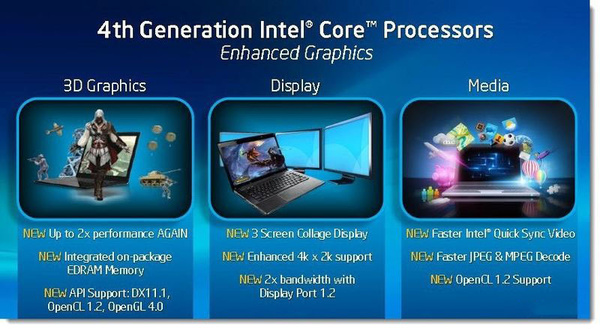 The highly-anticipated processors will offer 50 percent better battery life than the current-gen 'Ivy Bridge' processors as the chips were built with notebooks/ultrabooks/tablets in mind.

Word comes via corporate vice president of the Intel Architecture Group Rani Borkar, who also quelled worries that the better battery life would also come at a performance cost to its predecessor.

Intel says the chips, when used in tablets, will have "similar" battery life to current Android tablets, but performance will be significantly better. That remains to be seen, however, but Intel may finally have a competitor in the space.