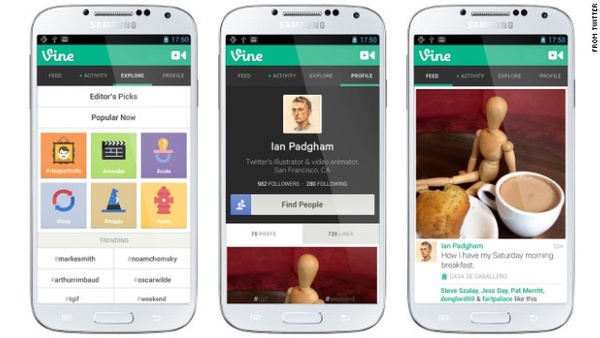 The app lets users create 6 second video clips and animation creations that are then easily shared like Instagram. Vine users can turn full stories into 6 second videos due to the apps ability to stop and start recording with just a tap.

As a bonus for Android users, their version of the app includes a Zoom feature not seen on the iOS version.

Get it here: Vine