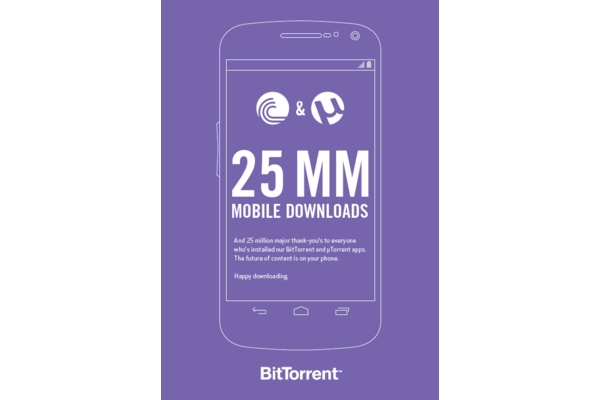 BitTorrent has announced that it has reached a new mobile milestone of 25 million users using its apps.

"We're stoked that 25 million of you are now getting your torrents to go. Guess this smartphone revolution thing that people are talking about is for real," a post on the company blog said.

"To all our mobile users: thank you times 25 million," the blog post reads.

Of course, 25 million is nothing compared to the numbers of BitTorrent users on PCs. Obviously, limitations with data, storage and the usefulness of downloaded files may hold mobile apps back, but Android versions of BitTorrent clients are likely to get more popular as more low-cost Android devices are sold as alternatives to PCs.