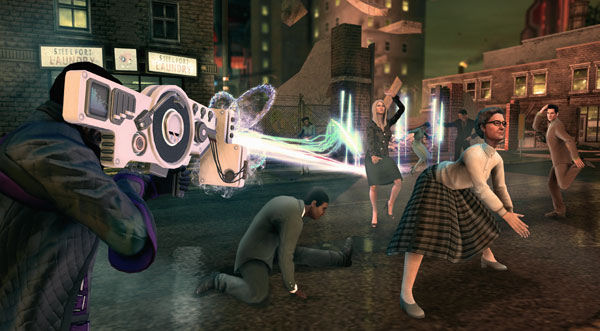 "A weapon designed to penetrate the anus of enemy characters and civilians constitutes a visual depiction of implied sexual violence that is interactive and not justified by context."

The Board also pointed out an optional mission in the game where the player obtained and smokes "alien narcotics," giving the character superpowers.

"In the board's opinion, there is insufficient delineation between the 'alien narcotic' available in the game and real-world proscribed drugs. The board notes that the label 'narcotics' is commonly assigned to describe a class of real-world drugs that include such proscribed substances as cocaine and heroin...this game therefore contains drug use related to incentives and rewards, and should be refused classification."

Volition is working to alter the game in order to bring it to the Australian market.