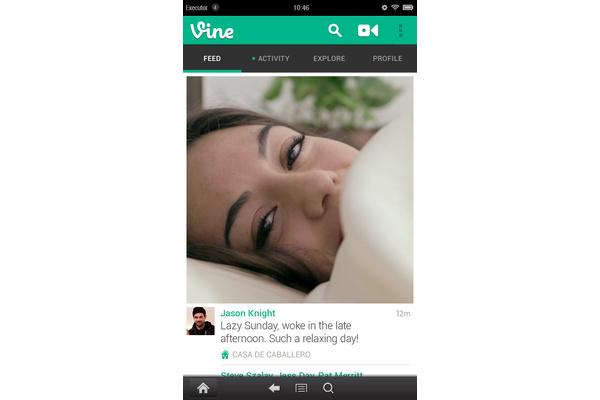 Twitter has announced the launch of Vine for Kindle Fire, beating out rival Instagram to the platform.

Although Amazon has never revealed exact figures of Kindle sold, the line of devices is generally accepted as one of the top selling Android-based tablets.

Instagram, owned by Facebook, recently updated the application to allow 15 second video clip sharing, along with filter use that has made the application so popular. There is no native Instagram app for Kindle, as of yet.

In the ongoing rivalry, Vine just added front-facing camera support, and the company's founders have teased a major update coming in July.

If you own the Kindle, get the app here: Vine for Kindle