Thanks to a few reports, we now appear to have the launch date and specs for the upcoming Nexus 7 successor.

The tablet (according to a leaked memo) will go on sale at Staples on July 31st, after the company's stores are stocked as early July 24th. This likely means the Google Play Store will offer the tablet slightly earlier than retail counterparts.

Under the hood is a quad-core 1.5GHz processor, and a couple of new additions include dual cameras 1.2MP/5MP, a Slim Port and wireless charging capabilities.

The new Nexus will keep the same 7-inch display and launch with Android 4.3 Jelly Bean. 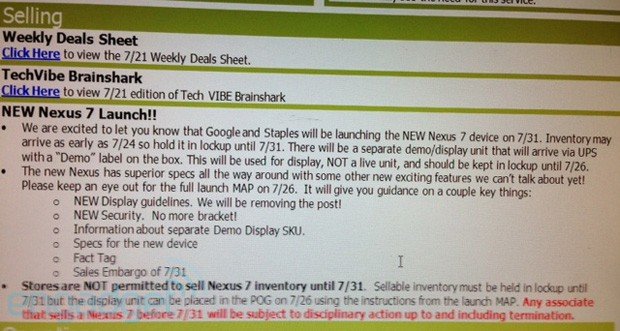