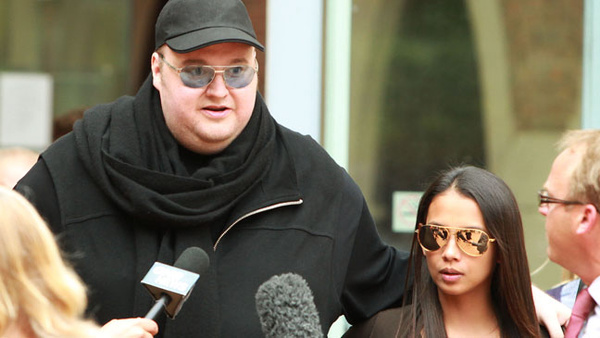 After long threatening to do so, Kim Dotcom has sued the New Zealand government over the illegal spying against him and the raid on his home and personal property.

The government admitted the spying was illegal, and a New Zealand court granted Dotcom the rights to sue earlier this year.

Dotcom and other plaintiffs are seeking about $7 million in damages. In court documents, Dotcom claims that the 'Five Eyes' spy-network (UK, US, Canada, NZ and Australia) were actively spying on him, illegally.

"The Prime Minister of New Zealand declined an independent inquiry into illegal spying," Dotcom told Ars. "Now my court case will uncover the truth about the [Government Communications Security Bureau] using X-Keyscore, Prism, and the Five Eyes spy cloud to spy on New Zealanders. The truth will come out."

Dotcom notes that the GCSB, New Zealand's version of the U.S.' National Security Agency had been spying on him "since at least December 16, 2011," well before the 2012 raid. Cameras were installed on adjacent properties to spy on Dotcom, reads the filings, and a hidden pencam was "used by Senior Constable Homan when he visited the Mahoenui Valley property on January 19, 2012, and that no search warrant had been obtained for this search."

The documents describe the raid in detail, and notes, specifically, that Dotcom did not resist at all.