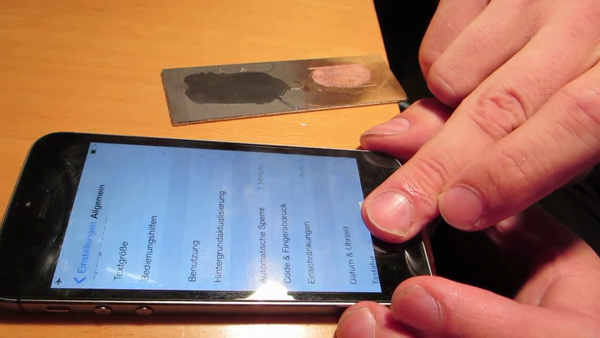 A crowd-funded contest to hack Apple's Touch ID has ended with a verified hack that emerged during the weekend.

We reported on Friday that a website had been setup - IsTouchIDHackedYet.com - by security researcher Nick Depetrillo and Robert David Graham as a crowd-funded contest to see who could spoof the Touch ID system into accepting a fingerprint lifted from an item.

On Sunday, the Chaos Computer Club claimed that one of its hackers had managed to spoof the system, and now it appears to be verified as legitimate.

"Big congratulations to Starbug (of the Chaos Computer Club), the first to demonstrate the hack! Starbug is giving the challenge pledge funds to Raumfahrtagentur, a spinoff from CCC-Berlin," the hack challenge website reads now.

"We don't have exactly the video we wanted from him, but others have confirmed it, including Marc Rogers (@marcwrogers) and the team of Mudge Zatko and Dominick Rizzo. We are in contact with Starbug, he's working on the video for us (apparently he's got a day job that delays things), but since we have several confirmations, it's pointless to hold things up."