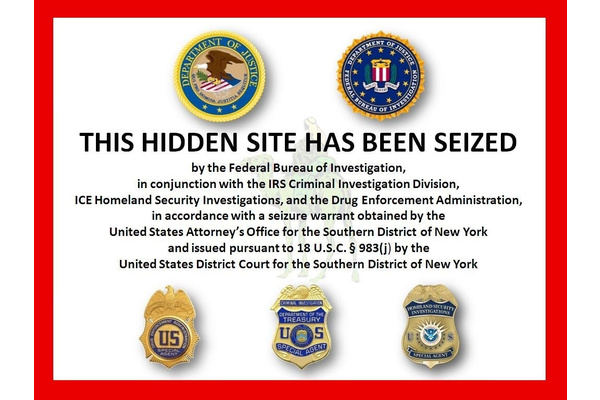 The FBI has arrested the alleged operator of the Silk Road marketplace and has taken the hidden service offline.

The Silk Road was a marketplace for buying and selling narcotics, existing as a Hidden Service on The Onion Router (TOR) network. It enabled users to buy and sell narcotics - both illegal and prescription drugs - using the BitCoin digital currency.

For years the site operated without being located by law enforcement agencies, who instead had to rely on sting operations to attempt to disrupt the trade of drugs.

If you attempt to visit the Silk Road now, you will get the following notice. 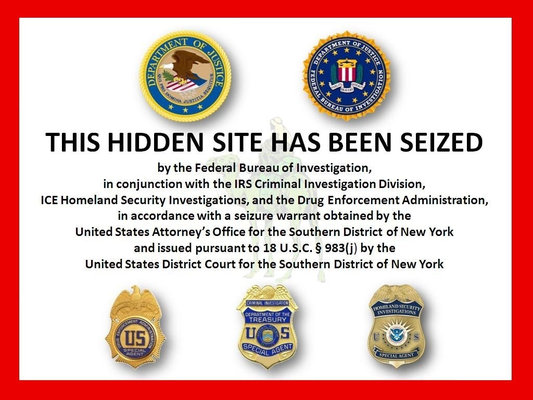 Details from a court document showed how the FBI managed to finally get the Silk Road offline, and it wasn't through an attack on the TOR network. Instead, the FBI targeted the operator of the Silk Road, known publicly as Dread Pirate Roberts (DPR). The Feds allege that DPR's true identity is 29-year old Ross William Ulbricht.

FBI agents working the case scoured Internet forums for clues and identified an interesting user called "Altoid". This user appeared to be marketing the Silk Road as an anonymous drug marketplace online on some forums, while also using the same nickname on Bitcointalk.org. The first major break for the Feds was a post by Altoid seeking contact from IT experts familiar with BitCoin, instructing them to correspond via e-mail, using the address rossulbricht@gmail.com.

From that GMail address, using its considerable powers the FBI was able to pinpoint IP addresses and locations where the Google account was accessed from. These included an Internet cafe in San Francisco, and the address of a friend of Ulbricht located only 500 yards away. The Feds quickly connected the dots and came to the conclusion that Altoid and DPR were either the same person, or were frequently in the same place at the same time.

The clues didn't end there. A coincidental seizure of fake IDs en-route to Mr Ulbricht brought Homeland Security right to his home, while at the same time the FBI had determined that DPR had been seeking information on fake IDs from Silk Road users. Another clue came from Stack Overflow, where six months ago a user identified as "frosty" asked for information on connecting to a TOR Hidden Service using Curl on PHP. This would indicate that "frosty" was operating a TOR Hidden Service, which on its own is no clue until you take into account that one message posted by this user had temporarily named the questioner as Ross Ulbricht before quickly being changed to frosty.

The court document also implies that Ulbricht attempted to have a Silk Road user - FriendlyChemist - murdered after he threatened to unveil the identities of thousands of users.

On Tuesday, Ulbricht was arrested by FBI agents at a public library in San Francisco. The Feds seized around $3.6 million worth of BitCoins and also shut down the hidden service. Ulbricht stands accused of generating sales of more than $1.2 billion through the Silk Road, though due to the erratic value of BitCoin this figure is likely to be disputed.

There had been some suggestions that the Silk Road shutting may be linked to a dramatic increase in connections to the TOR network in August. However, there is no evidence that there was any kind of effort made to flood the network with bots in an attempt to unmask a hidden service, and it must be taken into account that the PirateBrowser - which uses TOR to get around anti-piracy web blocking - was released right around the time that TOR connections spiked.

While the loss of the Silk Road will certainly hurt the dark web trade of illegal drugs, it is extremely likely that existing hidden services will take on more users or entirely new markets may arise, with the operators learning from the alleged mistakes of Ross William Ulbricht.