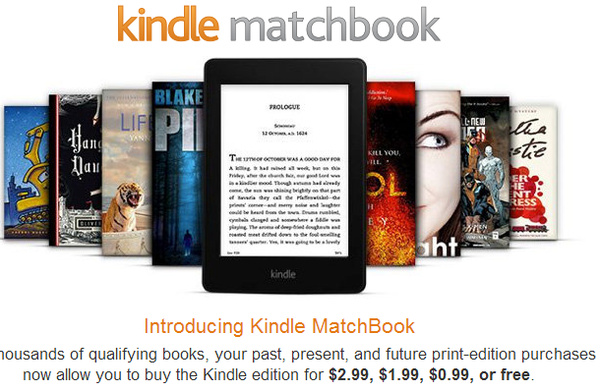 Amazon has officially rolled out their Kindle MatchBook program today.

The program allows publishers and authors to bundle their physical books with a discounted ebook edition for those that want a hard copy and better portability.

At launch, 75,000 titles are included and buyers will be able to add the Kindle version of their book for $2.99 or less.

HarperCollins, Macmillan, Houghton Mifflin Harcourt, Amazon Publishing, Wiley, Chronicle Books, and Marvel have made a few titles available, and thousands of self-published authors have joined up.

Of all the majors, HarperCollins was the only to reach deep into the thousands, making 9,000 titles available. However, just nine of the books were published in the last three months so it looks like Harper is using the program to boost its older titles.

Russ Grandinetti, VP of Kindle Content adds that he expects the program to "keep expanding rapidly in the months ahead."