Famitsu has released an interesting list this week, the top 100 best-selling games in Japan for the 21st century.

Here is the top 40, which is unsurprisingly filled with Nintendo hits: 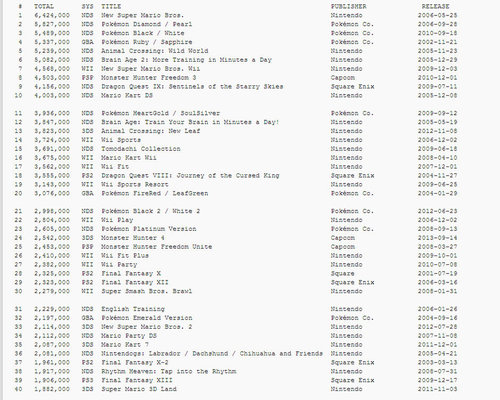