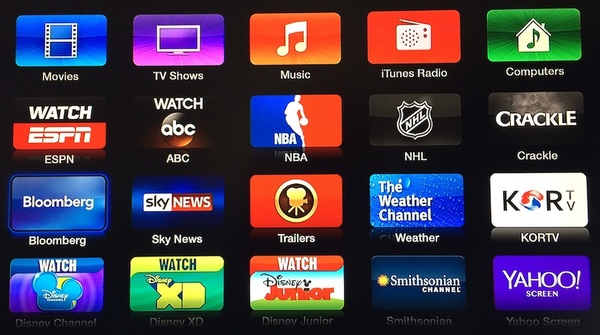 Apple has added new channels to its Apple TV set-top box, including popular ones like Crackle and Bloomberg.