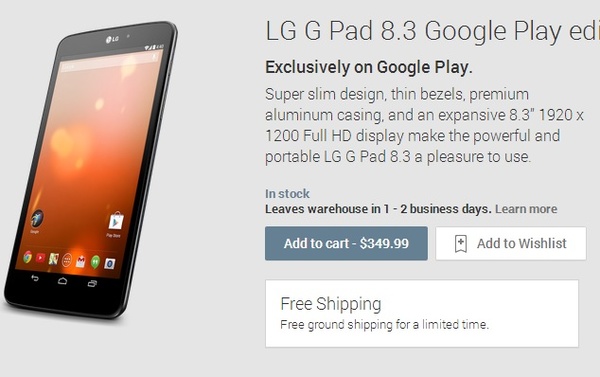 Google has taken this week to add a substantial new lineup to its Google Play hardware store, including most recently the Sony Xperia Z Ultra and the LG G Pad 8.3 tablet.

The tablet has an 8.3-inch 1080p ISP display, thin bezels, and is just 8.3mm thick, just slightly thicker than the iPad Air.

Having used the non-Google Play model of the tablet, we found it to be one of the best Android tablets, ever, and a strong competitor to the iPad Mini with Retina, despite a lower resolution display.

The tablet costs $349, more expensive than the Google Nexus 7, but with a more premium design and a larger screen.