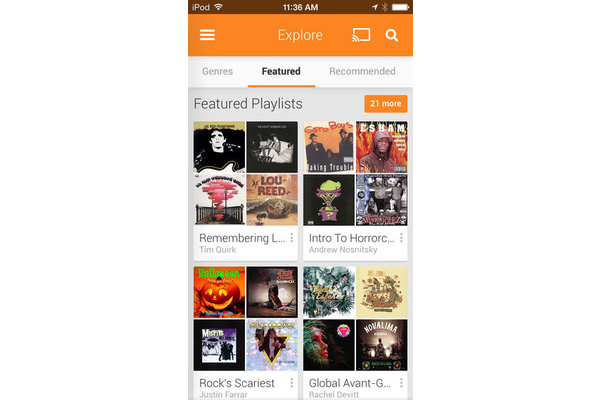 Google has updated its iPhone version of Google Play Music, adding some features that will put the app closer to par with its Android sibling.

The app was released last month, but had not been designed for the new minimalist iOS 7 interface.

Besides the aesthetics, the app now supports the "I'm feeling lucky" radio, the ability to search for your music based on genre and create stations based on genre, as well.

- Auto-playlists (including Thumbs Up playlist) added to playlist view

- Added ability to search for genres