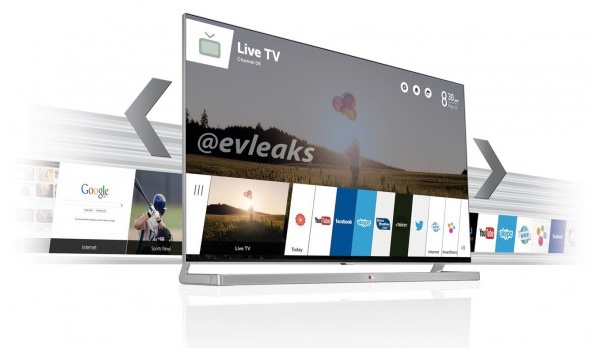 According to another leak by the prolific @Evleaks, LG will release a TV this year using the webOS platform made popular for a short period of time by Palm before its demise.

In the leaked images, you can see a brief snippet of the Cards interface, with a thumbnail overview of apps and content currently running on the TV.

Rumors had suggested that the upcoming LG HDTV would run on a 2.2GHz dual-core processor and 1.5GB RAM.