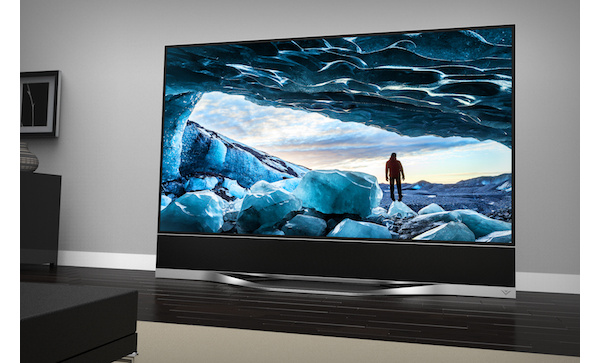 The P Series TVs will range in size from 50 to 70 inches and the company says they are "the culmination of advanced picture quality, powerful performance and a beautifully simple Ultra HD experience."

Each of the TVs use Vizio's own custom silicon, a backlight with "64 Active LED Zones" and advanced local dimming, which should lead to excellent picture quality (if they work correctly).

Outside of the 4K devices, the company also revealed "Reference Series" TVs, which are aimed at "custom integrators" and videophiles and have the best picture quality of any Vizio TV, ever, without question. The company says it built the devices after two years of dedicated R&D and they include specialized High Dynamic Range (HDR). The HDR "creates a contrast range with true-to-life intensity, more accurately reproducing the nuances of the picture and revealing fine details found in real scenes." The TVs have a backlight that can hit 800 nits and Vizio also supports the newly announced Dolby Vision technology that allows for such brightness.

There was no prices revealed for the Reference Series but the company says the P Series will be priced "aggressively" in line with their usual offerings. The Reference TVs will likely not be cheap.

Finally, the company also announced the death of 3D, killing off support and 3D playback completely moving forward. Why? No one was using it.