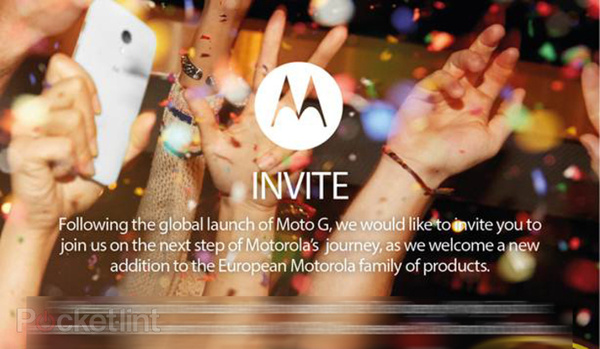 Motorola has sent out press invites for an event on January 14th where the company will launch a new "addition to the European Motorola family of products."

It is unclear what the next product will be, but it will most likely be the next in the Moto X family that launched last year.

At the time, the company said, "essentially, the Moto X is the first device in a new product portfolio, basically a new family of devices. Because it is the first one, the Moto X has had a real buzz around it, but the US launch is not about the US being Motorola's priority at all, there are devices coming to Europe. We can't share what they are as of yet, but they are from the same family. They are cool and they are exciting and there is a lot in Europe coming up."

The event takes place in London.