According to research firm IDC, the U.S. tablet market may already be reaching saturation, just four years after Apple unveiled the original iPad.

Says the firm: "It's becoming increasingly clear that markets such as the US are reaching high levels of consumer saturation and while emerging markets continue to show strong growth this has not been enough to sustain the dramatic worldwide growth rates of years past."

Amazon saw a significant drop year-over-year, while Lenovo saw the biggest jump, at 325 percent from the same quarter in 2012. 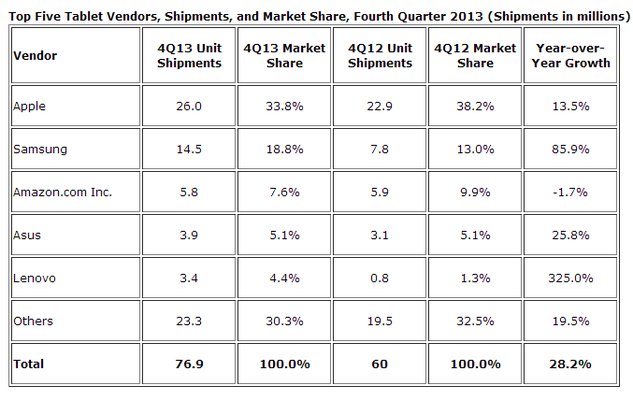