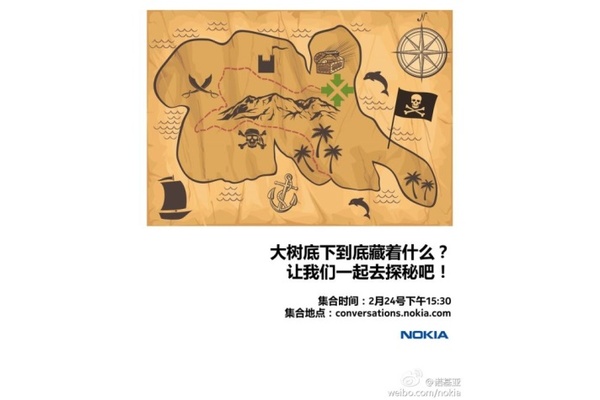 The teaser images do little but tease that the device is coming, not revealing any specs.

One of the images (attached) shows a pirate treasure map and a green "X," not-so-subtly marking the spot of the treasure.

Interestingly, the company posted the images on Weibo (the Chinese equivalent of Twitter), suggesting the device will head to Asia first, as previously rumored.

The rumored specs for the device suggest that the X will be a low-end phone, with a 4-inch TFT display (480x854 resolution), a 1GHz dual-core Snapdragon 200 processor, a 5MP camera and Android 4.4 with Nokia's own suite of apps, including the possibility of a Nokia app store rather than Google Play.