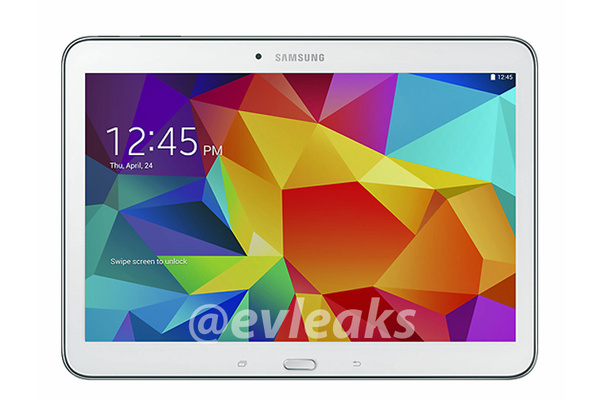 After the potent leaker @Evleaks showed off the renders of the Tab 4 7.0 last week, he has posted the Galaxy Tab 4 10.1 press images, as well.

The devices look very similar to previous models, and the Tab line is mid-range when compared to the TapPRO and NotePRO models which were just recently released.

The images have April 24th prominently, which could imply the release date. With low-to-mid-range specs, the device is expected to sell for $300 or less.